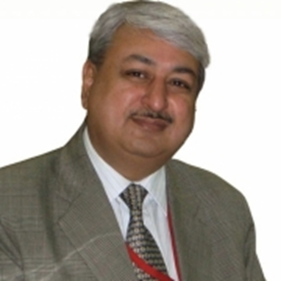 Following the onset of the world’s gravest economic crisis for generations, the questions were of a dramatic character. Will the world move to a more egalitarian political order where the US was less apparently supreme? Would there be lasting geopolitical change as a result of shifts in the financial balance of power? Might the economic crisis and climate change further weaken fragile states and make the challenge of conflict resolution even more daunting? Moving into 2010, many of the agendas and practices established by the west in the previous decade and a half appear in retreat even in the face of acts of genocide or equivalent natural tragedies. The link of terrorism with Pakistan is now strategically recognized, and the growing appreciation in Pakistan that the neo-Taliban constitute a direct threat also to Pakistan may result in genuine intelligence co-operation and action. On the sidelines, Dr. Swarup had the opportunity to share views with Guo Xiangang, Vice President and Editor-in-chief of China Institute of International Studies on the recent Indo China border incursions and the way forward to a peaceful resolution of the dispute. Others who discussed a variety of issues with Dr. Swarup included Najmuddin A Shaikh, Former Pakistan Foreign Secretary, Azhar Ali Shah, Director General, ISSRA, Pakistan, Dr. Jeffrey Mazo, Managing Editor, Survival and several others. Tan Sri Dr. Abdul Majid, Chairman of Malaysia Airlines and a distinguished Economist expressed a very keen interest in developing a collaborative partnership with Shobhit University.

Dr. Swarup joined breakout sessions presentations on Climate Change, Water Security and Geopolitics and on the Economic Crisis and International Order. It was pointed out by him that water may indeed be a source of peace and stability as also a source of friction and societal unrest as more than 250 cubic kilometers of groundwater is being sucked out in South Asia that is much more than the recharge rate. As a consequence, India particularly the Indo-Gangetic plains and the Ganga Yamuna Doab (in and around Meerut) where the water table has gone down from 3.8 meters to 2.8 meters in just a year’s time is going to face the worst-ever water crisis due to acute groundwater depletion. It was pointed out by him that for the first time after the green revolution India faces an unprecedented crisis of famine, deprivation and acute shortages in the near future if we do not act fast as we live not only on burrowed water but also on borrowed time. Dr Swarup mentioned that it was indeed unfortunate that in India we still do not incorporate climate change forecasts into our defense planning and the anthropogenic climate changes are not taken into account into the strategic plans even by the Planning Commission. Dr Ronald Filadelfo and Marq de Villiers the author of ‘Water: The Fate of Our Most Precious Resource’ agreed to visit Shobhit University and work on a joint collaborative research projects.

Dr Swarup has earlier served as a Global Environment Outlook Reviewer (GEO), Inter Governmental Panel on Climate Change (IPCC), United Nations Environment Programme (UNEP) in 2007, an organization that was awarded the Noble Peace Prize and he was also nominated in 2008 by the UN Secretary General Ban Ki -moon as UN Finance Expert to the UNSC (United Nations Security Council).